Why yes, I was. Literally.

After my family moved to North Carolina in 1990, they spent a year in a rental house before deciding to buy a farm. Being that my mother was a horse-woman, and my father is familiar with construction, they sank their teeth into a huge project: A 24 stall red tin Saddlebred barn. They remodeled the entire facility in the English Tudor style and made huge landscaping changes, as well as adding a second sand arena to the surrounding property. Thus began my mother’s long career in selling and breeding horses.

The farm before getting remodeled- house sticking out on left

What was most unusual about the barn though, was the house that was attached to it. A hallway within the house led you to a door that opened up into the center of the barn, which essentially winged out with 12 stalls in each direction. This was an exceptionally convenient set up for a breeding facility, as my mother used to put heavily pregnant mares in the stalls that shared her bedroom wall. I can remember many sleepy nights being woken up to come watch foals being born. This convenience also led to certain mischief, up to an including walking my Shetland pony up the stairs and into the house once. Thank goodness she didn’t poop!

At a certain point in time, as seems to happen, my brother and I got to the age where sharing a room was no longer ideal. Probably my parents were sick of hearing us bickering all the time. The solution? Take a stall and turn it into my bedroom. 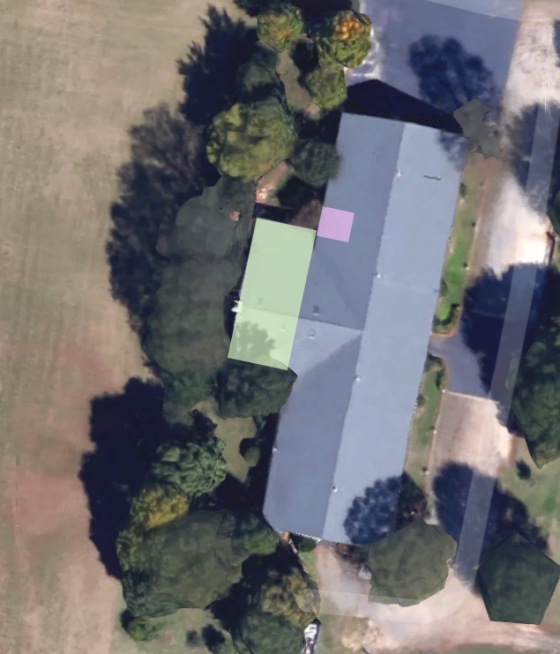 Don’t worry, I didn’t sleep on stacks of hay bales (though I probably would have been happy to). The stall was properly dry-walled and carpeted and painted a pukey shade of pink that befits most young girls. My memories of living in the stall bedroom are many- hearing the clip clop of horse being walked down the asphalt aisle behind the wall, many nights hearing barn cats running in the hay lofts over my head, and various creatures (including a bat) making their way into my bedroom and catching me unaware.

My mother always used to joke that I was the one girl who really did grow up in a barn. Partial truth that may be, and I wouldn’t change that for anything. 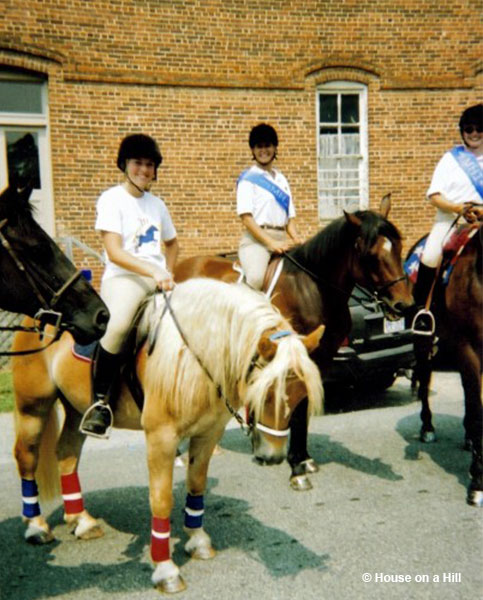 July 4th Parade with Tanner and the Mecklenburg Hounds

I think for most people, ‘types’ just happen. Whether it’s the kind of boy you want to date, or the car you want to drive,  we all tend to gravitate to phenotypes of certain things.

The first ride on Mac

Most of my life, I have been a draft-cross type of girl. So, it should come as no surprise when I say there are 2 different breeds that have played huge roles in my life. Those would be Haflingers and Irish Draughts. First, let’s discuss the ponies. Because, duh, ponies.

A trio of Haffies at North Myrtle Beach (from front to back: Mac, Margo, Tanner)

Seeing the success of Marla, we soon bought our second Haflinger, Tanner. He was another Stablemates find, and was wandering around someone’s front yard in the mountains of NC when we picked him up. For a while Tanner was still a major step for me, but gradually I became brave enough to ride him and he quickly became my main love. Once we got past the trying-to-run-me-into-trees phase, it turned out Tanner was a pony of many talents- foxhunting, trick learning, pony jumpers, parades, swimming… we even kicked everyone’s butt in a barrel racing once (short backs = turn on a dime). The only thing he couldn’t tolerate was arena/flat work.

We soon sold Marla and started going to legitimate Haflinger auctions. Dixie, a beautiful 3 year old sporthorse type mare, joined our group, along with Mac, a rare true liver chestnut 3 year old stallion. I foxhunted Dixie, one of the best foxhunters I’ve ever had, and evented Mac. We traveled to the NC State Fair and showed the two geldings successfully in hand and under saddle, and to this day it’s the only money I’ve ever won showing. 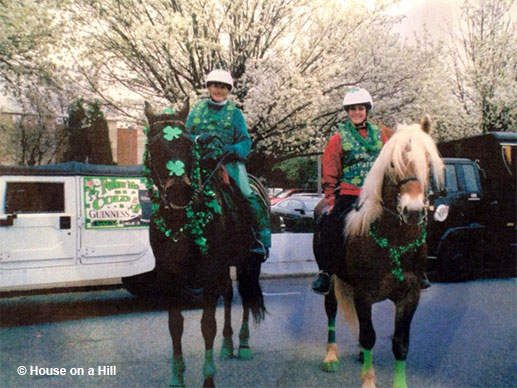 All these Haflingers, and a couple more, eventually left us for other homes where they could share their special talent. As for me, I ended up being granted a special Haflinger scholarship for my use of the breed as a breed ambassador.

Competing Tanner in the 2’6″ Pony Jumpers

I am so glad to see these wonderful, and surprisingly athletic (good jumpers, too!), ponies start to appear more and more in local shows of every discipline. I would definitely advocate for the breed as a great addition to any family, as all-around types that are super cute to boot! My dream is that, when I’m too fragile or too scared to event anymore, to get myself a nice sporthorse type Haflinger and plan for dressage world domination. One can dream, right?