Sunday the sun finally came out, and it warmed up enough to make everything feel a bit cheerier. While the footing out on the course was definitely torn up in some places, for the most part it actually helped to churn up the grass in the slickest places.

The warm up ring was a huge improvement over the day before (thank goodness, because I’m not sure I could have survived another), and we had a quick canter and gallop about before tossing in a couple fences and heading to the start box. Holly had me thinking about galloping away from the jump, which admittedly I can forget to do in the excitement of having reached the other side of the fence. Oops.

Overall though, the course was a nice first go back, and featured a couple long gallops between spurts of fences (fences 1-4 were together, then 6-11, then 12-16). Because of the wetness I just let him cruise without pushing down the long stretch after fence 4 (some of which you can see in the video), and brought him to a trot where there were tighter turns to fences since we don’t have studs.

While a couple fences felt a little rusty (he jumped me out of the tack over 1 that we got in deep to, and then hit a big table at the end fairly hard that was at the top of a hill), overall it was a pretty confidence building run. We came in more than 30 seconds under the optimum time and though tired, Jack was convinced he could keep on running. He pranced back to the barn hollering his head off, and looked no worse for wear under strong scrutiny. 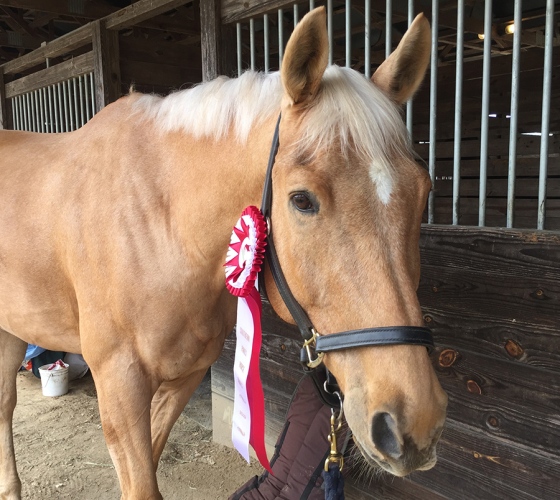 Thanks to our clear jumping rounds, we finished in second place. The most exciting thing about this is of course that it qualifies us for the AEC’s later this year, which has been a dream of mine since FOREVER. 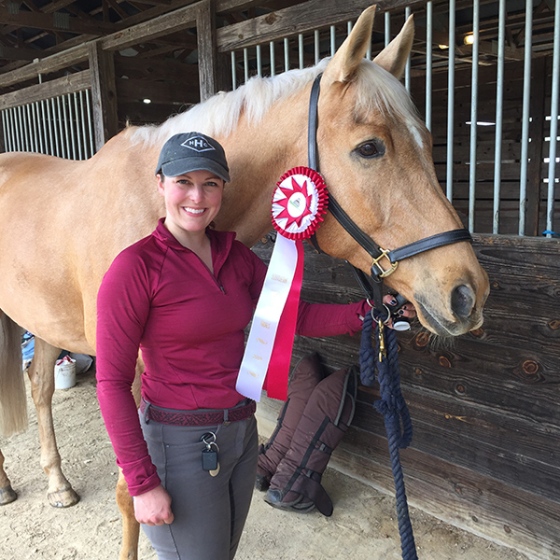 Now to keep the golden boy in one piece, and get another couple recognized shows in to seal the deal!