I purchased Jack in the summer of 2017, and was told the age-old adage about how thin skinned dilutes can be. (Thin/sensitive skin, thin soles, etc etc)

But it wasn’t until 2018 that I realized just how true that was, and what a fragile flower Jack really is. So in honor of my Sensitive Sally, here is a look back at the trouble the giant yellow pony has been in these last 12 months.

February 2018
Jack went off his food for several days and had a nasty runny nose. Not cool given that I’d been working so hard to put weight back on him after discovering that he’s a hard keeper in winter. 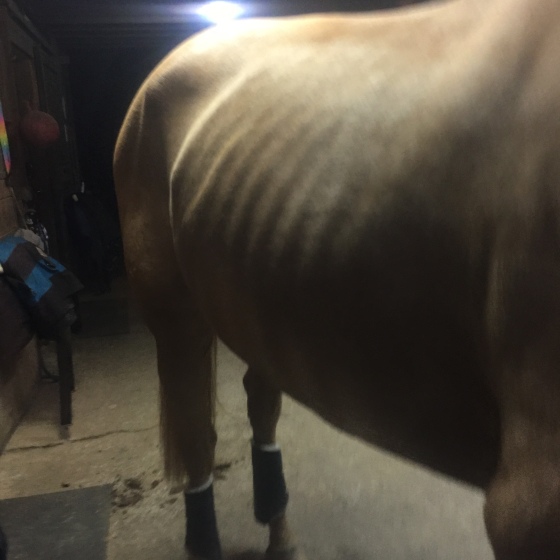 March 2018
Some slight NQRness up front ended up leading to a lameness workup and hock injections. Bye money, nice knowing you! (let’s be serious- did I ever have a surplus of cash since purchasing Jack (or ever) – no!). He also kicked himself in the hock at some point this month, right before a show, so I learned to do a double wrap that was changed every few hours to get us through.

April 2018
Hives. SO MANY FUCKING HIVES.

Halp! My horse is mutating!

May 2018
As soon as we weaned off the Dex, the hives started returning. Also, we had a small trailering accident which left some seriously jangled nerves for me and some scrape ups for Jack. Also I developed a stomach bug that left me incapable of eating for 4 days straight (and I love eating).

June 2018
June was an absolute shit show. Jack started having trouble catching his breath and so we introduced the horsey inhaler. Then he injured his eye and had to get an obscene amount of meds to heal him. Then he went NQR again and we thought we had collateral ligament damage. 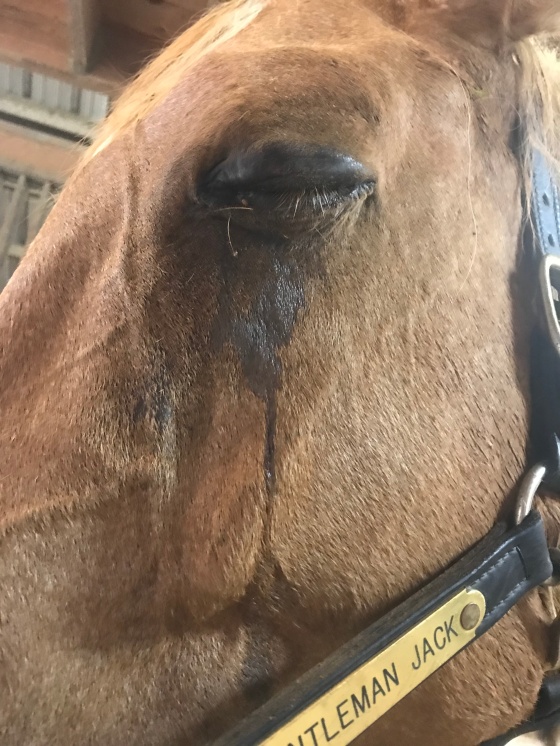 July 2018
We took a fun (not) trip to Tryon where I had a standing MRI done on Jack and luckily most of the issues were in his fetlocks/coffin joint and some bone edema, which is better (respectively) than soft tissue. We started IRAP in the coffin joints and created a rehab plan that contained Jack to a teeny-tiny paddock outside to limit his movement.

August 2018
We started tack walking, only to get into trouble and interrupt our rehab plans. A massive tick attached itself to his front left pastern, causing considerable irritation and swelling in the area. We got that down, and then the fool creature kicked himself in that leg, scraping it and inducing a round of cellulitis. Giant fat leg, no riding, lots of stress.

September 2018
I traveled a TON, which meant that I couldn’t keep a solid eye on the creature. And apparently he behaved himself.

November 2018
Jack lost a shoe while I was gone, which was super inconvenient, since those shoes cost a small fortune and require ordering ahead of time. He tore up his foot while waiting for the shoe to come in, and ended up with lots of bruising aka more time off and a new obsession in how his feet look. 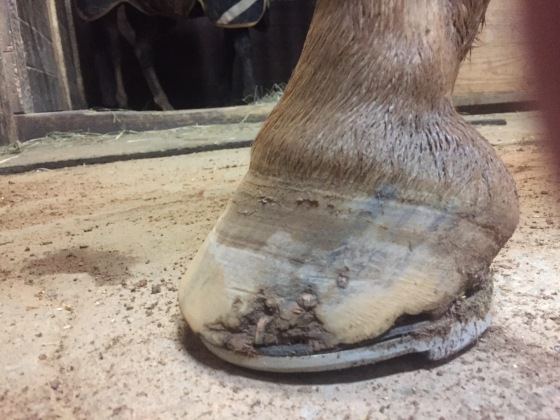 December 2018
We finally start to get back into lessons (jumping, since the dressage trainer was in Welly world). Jack seems tight/tense and I realized he was probably due to get his hocks injected again. Soooo that happened.

January 2018
Well, here we are. We’re still getting back into the swing of things. Jack gave us a colic scare on Monday after the show, but some banamine and a close eye from our barn manager got him back to rights.

So…. umm. Now that I’ve typed that all out. I’m slightly scared. PLEASE Jack, stay in one piece!!!