Musings from this morning…

I’m pretty sure the bane of most first world countries has to be using a fork to spear crispy bacon. Am I out of alfalfa at the barn? “Give love, get love.” (Thanks Yogi tea bag)

What kind of chemical help can I give Jack so that he doesn’t turn into a distracted spazoid in the dressage ring?

That is basically to say that we went to the show on Saturday, where I just did my dressage test and scratched all the jumping. I thought I was getting closer to unlocking what Jack needs in the warmup, before entering the actual dressage court and blowing all the good work out of the water.

Admittedly a 34.8 isn’t the absolute worst score, but to me those 6’s are frustrating to see on a scoresheet. There were lots of comments about him being resistant, which mostly came down to his getting tense or distracted by things that I feel he really truly isn’t scared of (such as people walking the course in the distance). The overbending comes down to my attempts to get him soft through the underneck, and I would definitely prefer to have him straighter and more under- the whole test felt mostly forced with a few decent movements. Highlights including the fact that I almost got a 7.5 on my rider score, and Jack giving me a solid left lead canter depart for a 7. And I mean, the beautiful horse comment- because who doesn’t like hearing that? 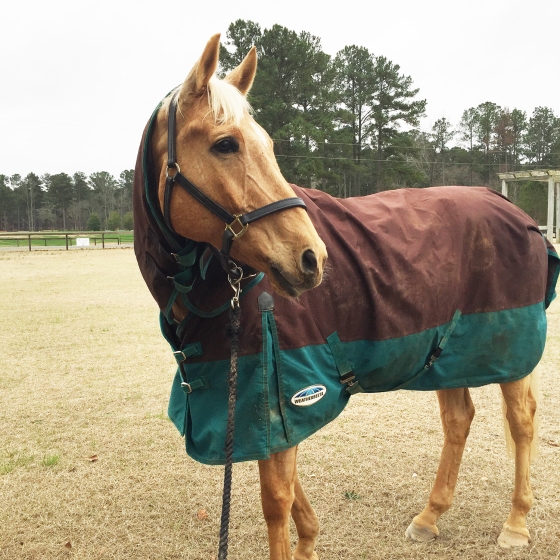 In making a game plan for our next outing (namely the big Recognized show in 3 weeks where I would like to actually be competitive in the dressage), I would like to help Jack a little bit mentally. I’m mostly not a fan of lunging a horse down because I feel that is counter productive in many cases when XC and SJ are to follow (not to mention putting unnecessary torque on fragile legs), and I of course want to stay within the legal allowances for any chemical aid.

So I’m looking at a few of the calming pastes on the market that might help. Perfect Prep products are one I have heard are well used in the H/J rings, but I know less about eventers who use them. B highly recommends Nupafeed Magnesium  for its effectiveness on her similarly-minded Chimi. I’m willing to give anything a shot, so long as it’s legal and has no real side effects that could make things worse for one palomino worry-wort.

What do you guys think? Have you ever used the above products? Anything that isn’t listed that you suggest? What are your previous experiences with calming agents at shows?