So after showjumping, somehow Jack was leading a large division of horses. The opportunities for messing that up were endless, and well, it only took one.

Unfortunately there is no GoPro video of the incident, so you’ll just have to trust my version of events. I won’t say that it was the absolute smoothest cross country run there ever was, but then again, I don’t think anyone expected it to be. We had a nice jump over 1, a long spot to the scary bright feeder at 2, and then I hemmed-and-hawed over trotting 3, which was a fence with a downhill away that Jack had worried about the footing for the day prior.

Fence 4 was a max (if not Novice sized) coop at the bottom of the hill, and from there we got in somewhat of a groove through fence 8. And then fence 9AB. Ughhh this combination. What the course designer was trying to accomplish, I have no idea. It couldn’t ride as an angled line because you would land in the trees, and it wasn’t set as a bending line either. Instead, it was a rolltop then a squiggly line to a small cabin, going downhill. The footing was already getting churned on the schooling day, and Jack would land and attempt to lurch into the trees where the footing was better. In any case, trainer agreed that trotting was the best idea for this solution, and so when I landed from fence 8 I cantered on and then slowed to the trot.

And proceeded to trot right past it. 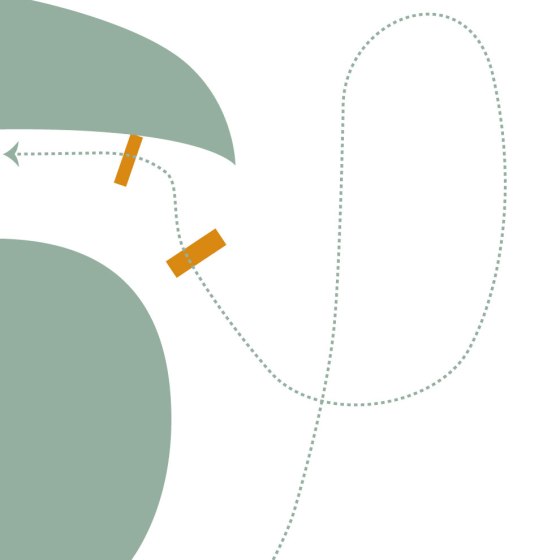 For whatever reason, I had thought the combination existed in the second trail head, not the first. So when it caught my left eye I cursed myself and looped back around to the combination. Of course, making a somewhat big loop like this at the trot is bound to incur time faults, and our 8 time penalties moved us from 1st to 10th.

Still, the rest of the course rode just fine. Jack braved the water that Foster always found terrifying without question, and jumped the last 3 fences with confidence. I came through the finish flags with a huge smile on my face and having learned a ton about my horse and excited for our next outing. But more reflections for tomorrow!