Probably the thing that stressed me out the most about my trip to Kentucky was the trailer ride. It was 8.5 hours through lots of twisty mountain highways, and I was worried about both my ability to stay awake/focused and poor Jack standing in the trailer for that long without incident. You guys were super helpful in giving me lots of tips and tricks, so I want to share how the ride actually went.

Podcasts
These were the biggest winner of the day. I downloaded a whole bunch of them, and loved listening to the Schramm fam’s interview with Practical Horseman and Lynn Symansky’s chat with Major League Eventing, but then had to switch to something more distracting. The Shrink Next Door ended up being what hooked me for the majority of the ride there, and it helped me out on the way back as well. Highly recommend. 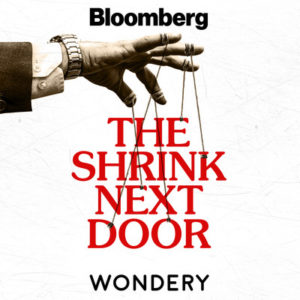 Horse Quencher
I asked the barn staff to put Horse Quencher in one of Jack’s buckets 2 days before we left, so he could get used to it and hopefully figure out how tasty it was before seeing it on the trailer. And while he absolutely sucked it down (like really- licked his bucket dry) in the stall, this ended up being a failed experiment in the trailer. Sadly, he didn’t touch it during the entire drive to KY. But, when I transferred the contents into a bucket in his stall, he immediately drank half the bucket. Going forward I will be giving him horse quencher the night before we drive a long way and hope that at least gets him moderately hydrated.

Hay
My trailer comes with removable canvas mangers, but in order to accommodate the water bucket so Jack could reach it, I took those out and used a hanging hay net instead. This also ended up being somewhat useless. Jack doesn’t normally eat hay on the trailer, but I had hoped that with the many hours of staring face to face with munchies would tempt him. Nope, apparently not. I know that I can get him to eat with fancy hay (aka alfalfa, either straight or chopped/mixed) but that doesn’t do well in a hay net (read: it falls out/goes everywhere), so on my trip to Tryon last weekend I opted to go back to mangers with a chopped Alfalfa mix in them- sure enough, Jack ate a good bit of it. So I’ll be going back to the bucketless manger set up with his favorite treats for long trips.

Fescue is so beneath him

To break up the drive I made sure to stop every 2 hours at a gas station, so I could top off the gas and give him a short break from the rumbling effects of travel. Despite unloading in a hurry, he seemed to handle the long trip rather well, but I definitely learned a bit more about my horse and his preferences as a result of our adventure!

11 thoughts on “Trailering to Kentucky: What Worked and What Didn’t”