A rare unpaid photo of the 2 of us

Now that life is [sort of, kinda] settling down, I can finally capture some of the memories from our Paris trip- the first big vacation for us since our honeymoon 5 years ago. 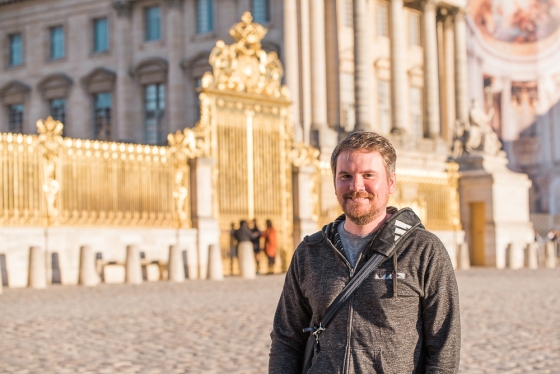 Enjoy the touristy photos of mostly my husband, like this one outside Versailles

Our trip started out exciting from a horsey perspective. On the flight over, it was apparent that we were surrounded by the French WEG showjumping team and their family. While I was fangirling pretty hard, the husband leaned over and told me that the guy next to him’s jacket had more than a whiff of horse to it. Luckily he’s fairly used to that by now, though I’m very very nosedeaf to barn smells, of course. 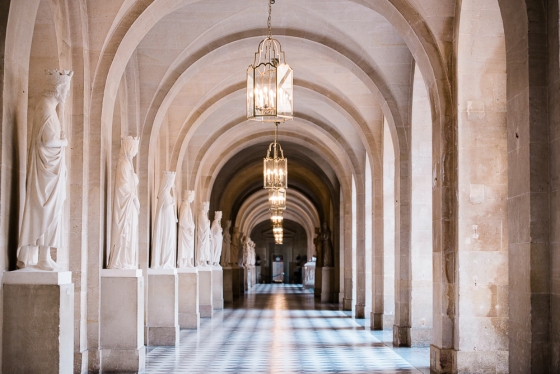 Our first day we decided to make it out to the Palace of Versailles, which is about a 40 minute train ride from central Paris. Most of the photos in this post are from Versailles, since it is so insanely huge and the gardens… well, the gardens likely speak for themselves. The husband and I had no problem doing the tourist thing and attentively listening to our audio guides as we passed through each room, and the photo below of him in the gallery might be one of my favorites from the trip.

Once outside the palace, the grounds extend as far as the eye can see in every direction. Stunning fountains and sculptures decorate the carefully pruned and cared-for landscape, but to me the real draw was the florals.

Everywhere you looked there was a feast for the eyes. We walked around and I scared people with my giant lens until we were literally hobbling from all the walking. (Desk jobs do not prepare you for long walking excursions). Before leaving the grounds though I insisted on seeing the Equestrian Center, which was directly outside of the palace gates. There we checked out the arena (roughly a 40m square, and the footing was unbelievable- but then again, it is a palace I guess), and stalked the museum of carriages next door.

The entrance to the Equestrian Center, which was sadly closed as they readied for a performance that night

Continuing the history-geek theme to our trip, the next day we headed to the Louvre, but not before getting some portraits made by what turned out to be a former Irish showjumper, now wedding tog in Paris. It was fairly frigid at the Pont de Bir-Hakeim, and we took turns wearing his coat my skin wouldn’t turn purple like my hair. All in all though, it was a fun experience and I definitely think this “Portraits in another place” may be a fun thing we do again some day.

Our day at the Louvre ended up being another somewhat exhausting day (seriously, going from 5k steps each day to 18k+ is hard on a gal!), but I ended up getting lots of fun photographic gems to bring home. If you’re ever in the Louvre, know this- the place is awesome. Seriously, beautiful, interesting, all the things- but make sure you know where the exit is when you start getting the slightest bit tired. It took us 20 minutes to find our way out once we decided we were done, and really, that was 20 minutes too long. Our mistake. 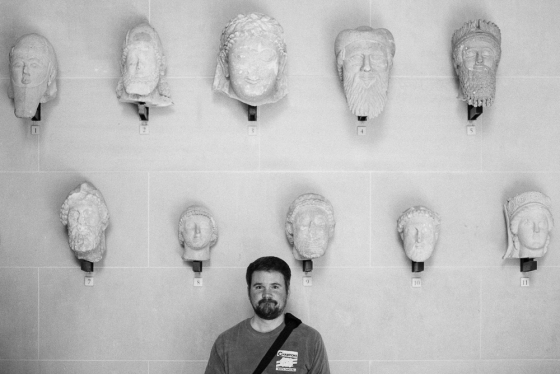 I make him do things I think are funny, and he amuses me.

While we did lots and lots of other things (climbed to the top of Notre Dame, cruised down the Seine, did a 4 hour bike tour – so fun -, etc etc), I won’t bore you all with the other details of the trip. But I do want to share the other fun horsey moment that happened the last night we were there.

He’s going to kill me for posting this

Our last night in Paris, we made reservations at a nice restaurant that was truly Parisian in many ways. We were stuffed into the place chockablock, and so it was inevitable that we overheard the conversations around us. Since neither of us spoke Mandarin, that namely ended up being the American couple to our right. 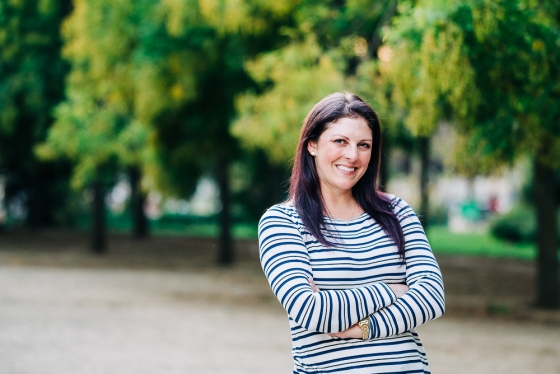 As all the tables ended up getting friendly with each other, we quickly learned that this couple from Georgia were also into horses. Or I should say, she was, and he was obliging. (Isn’t that the way it mostly goes?) I thought I had picked up the word ‘Tryon’ before we started conversation, and as it turns out, they had often competed at TIEC. Cool. 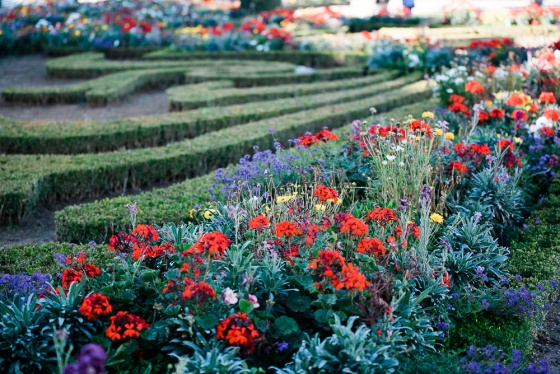 Then we got talking about specifics in the horse world of NC, and as it turns out, they were interested in buying a horse that I happened to know. In fact, she used to occupy the stall caddy-corner to Foster. Guys, the horse world is so small sometimes. How on earth do random people know the same horse all the way across the ocean? How bizarre, how bizarre.

And so ended our Parisian trip. We came home, satiated on good food and French wine, and I picked up a bug on the way home that I lovingly shared with the husband, as noted in a previous post. Au revoir Paris, until next time!

One thought on “Au Revoir Paris”