After wrapping up my work duties Friday afternoon, I spent the rest of the day searching for the myriad items my family and friends had asked me to bring back for them (lamb stock cubes, Lady Grey tea, mulled wine infuser bags, etc). After successfully finding a grand total of zero of these, I instead girdled my loins and prepared for a very horsey day in London the following morning. 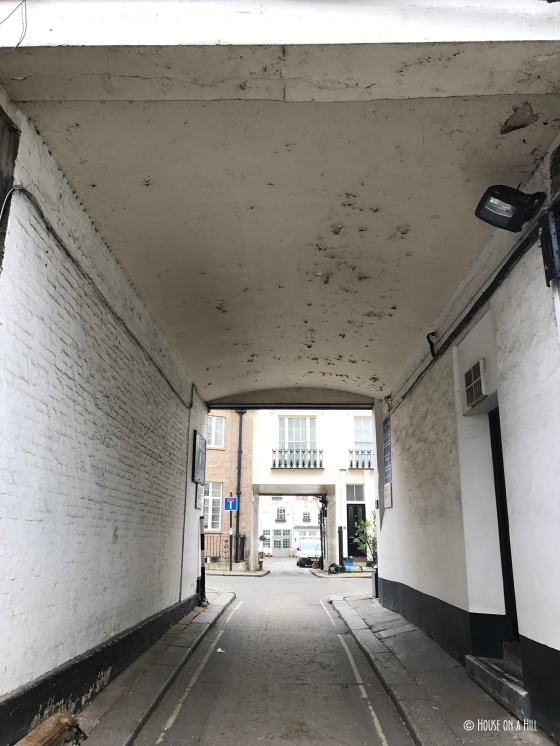 The entrance to Hyde Park Stables

So Saturday morning, I threw on my winter jods, caught the tube, and made my way over to Hyde Park Stables. As I breathed in the smell of horses, I put on my loaner paddock boots and helmet, and filled out paperwork describing my experience level. I was then introduced to my mount for the day, a moustached fellow named Ivan. 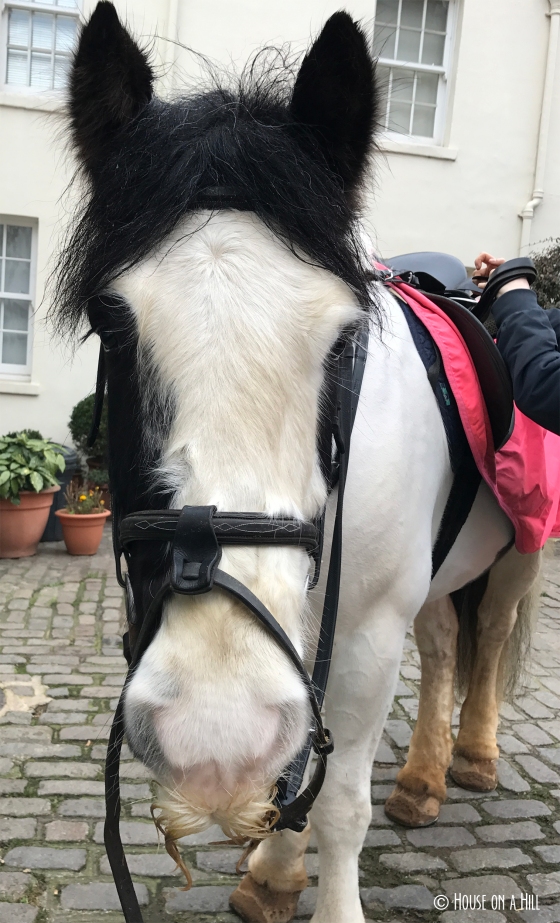 We then mounted up, my tour guide Katie aboard a tall ISH-type guy named Sovereign, and we walked across the road to Hyde Park.

Sadly, they wouldn’t let me wear my GoPro camera, which resulted in a bit of sketchy one handed riding while filming with my iPhone. The GoPro probably would have been safer, but ya know, whatevs. Katie and I chatted about, what else, horses, as we rode around a sadly very foggy Hyde Park. 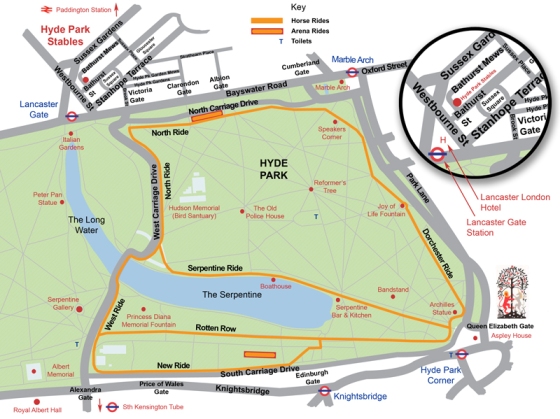 A rough idea of our path

Katie was a student in London and had previously been a horseback tour guide in Kenya, and while we navigated crowds she regaled me with horror stories of dealing with the un-horsey public and wild animals in Africa (the former of which there were more stories!). At every opportunity, we would break from a relaxing walk into an increasingly brisk (on Ivan’s part) trot, which made the ride way more satisfying than your average ride-a-plug-tourist-ride. Once Ivan realized what we were about, his personality became more and more apparent, and I actually had to ride to keep him from leaving the much taller Sovereign in the dust. 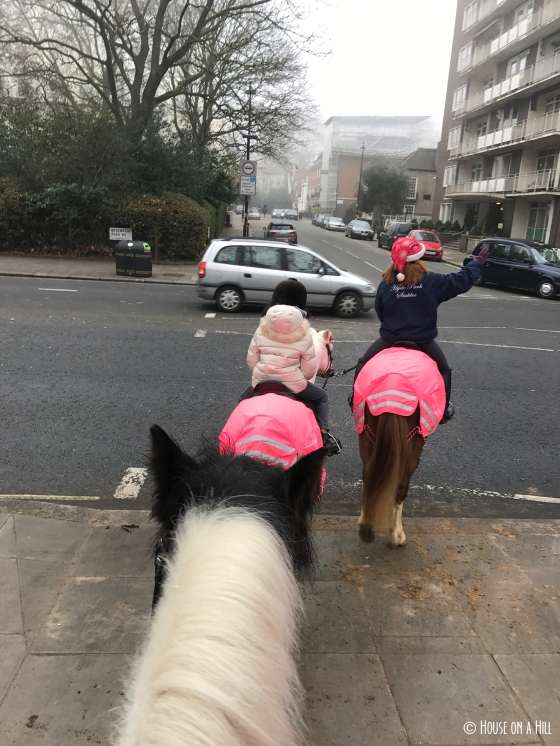 Crossing the road after catching up to another group

Sadly, the hour long ride was over in a flash, and before I knew it we were heading back to the stables. I loved on Ivan and told him what a good, fun boy he had been and handed him off to the staff (that’s a weird concept!) so he could get a warm mash and stuff his face with hay.

Being curious about how a stable in the middle of the city works, I then proceeded to hang around like a bad smell and investigate the stables themselves. 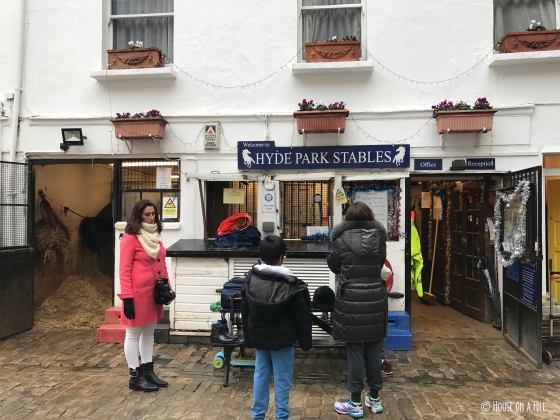 As you can see, they utilize every inch of available space. The horses are either in small stalls or bays and no stall seems to be shaped like the others. Tack and boots are stored over the horses’ heads, and I’m told that at night some of the saddles are removed from more rambunctious occupant’s stalls. The horses don’t have fields, so they are taken out several times a day to stretch their legs and get adequate exercise, and all seemed happy and shiny and full of personality given their jobs. Each horse rotates between working in London and a holiday field where they spend a few months eating grass and getting fat and muddy.

My ride was a wonderful way to view London and get a reprieve from the busy work week. I think I probably had a stupid smile plastered on my face the whole time, and I would whole heartedly recommend this experience to any horse person who finds themselves needing the smell of a barn amidst the busy London streets!

16 thoughts on “A ride through London”