Last weekend I had the pleasure of working and spectating at the NCDCTA Capital Dressage Classic. I relished in the opportunity to mentor a young dressage enthusiast in the art of bit checking and ring stewarding, watching talented pairs practice, parade and passage under the covered areas, and the best yet, see a dear friend accomplish her dreams of competing at the fairgrounds.

I met Nikki Gooch, nee Schweizer, by chance the first night of orientation as we started our undergraduate careers at NC State. We both became members of the NCSU dressage team and each had roles as Student coach, captain, and President for that organization. We were privy to one another’s most private mistakes, successes, ambitions and personal goals, and beyond being teammates, I am proud to call Nikki a forever friend. 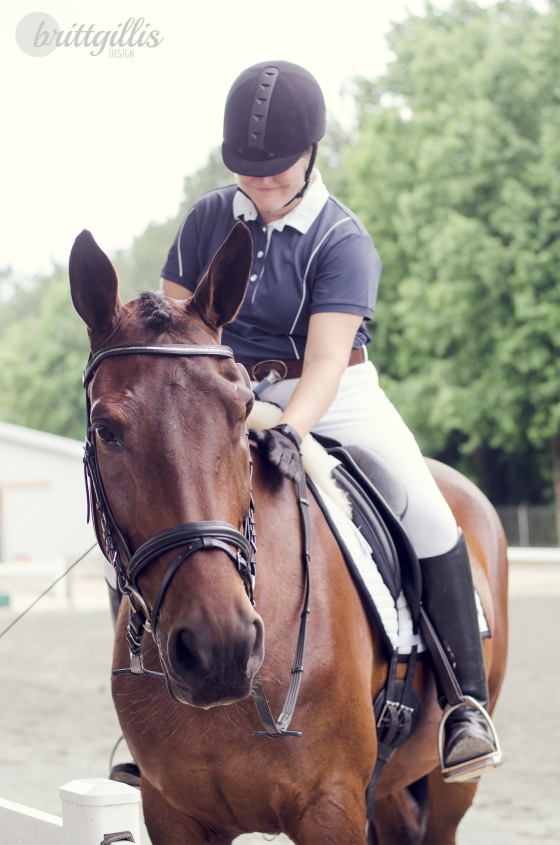 Ever since that first year of school, Nikki had always wanted to compete “in Raleigh”, at one of the big dressage shows at the fairgrounds. Coming from Hickory, that venue has always had a special place in her heart as a symbol of a dedicated dressage competition. But two undergraduate degrees, the retirement of her elderly dressage partner, and finally surviving vet school prevented her from accomplishing her goal. 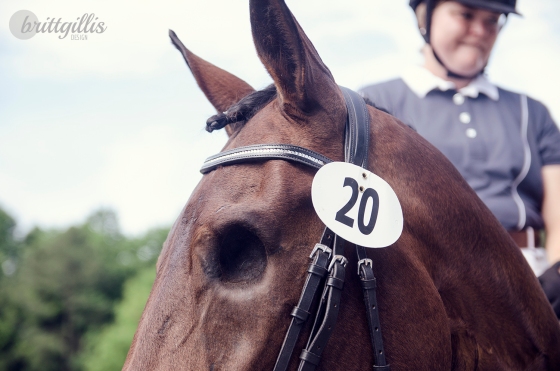 Fast forward 11 years. Just last month, Nikki attended the Chris Hickey clinic with her 9 yr old Trakehner mare, Arieanna. It was interesting to me that Nikki referred to her own hunter jumper past, which Chris referred to at length regarding position and the different dynamics of seat and shoulder position. To me, Nikki has always been an eventing and dressage enthusiast, but it was apparent from the clinic that she did not quite yet believe in herself as a “real” dressage rider. 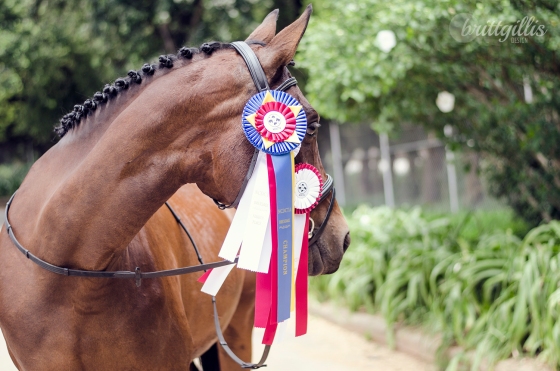 And then this weekend happened. After years of waiting for this moment, Nikki competed in her first recognized dressage show at the venue of her dreams, the fairgrounds in downtown Raleigh, NC. She marched into the dressage court 4 times, and came away with 5 ribbons: two seconds, one fourth, one fifth, and a giant Champion ribbon for the Training level division.
With each ribbon, every admiring comment of another rider’s bedazzled helmet or sparkly browband, and every step closer to her first Bronze medal score, I saw her begin to see herself not as the out-of-town hunter rider with a one-eyed warmblood mare. Instead, she blossomed into the dressage rider I always knew her to be. The smiles and hugs of friends, family, and volunteers made for the perfect backdrop for a transformational weekend. Because at the end of the show, I realized that Nikki finally learned who she is as an equestrian. And that person is Nikki Schweizer Gooch, Dressage Queen, DVM. 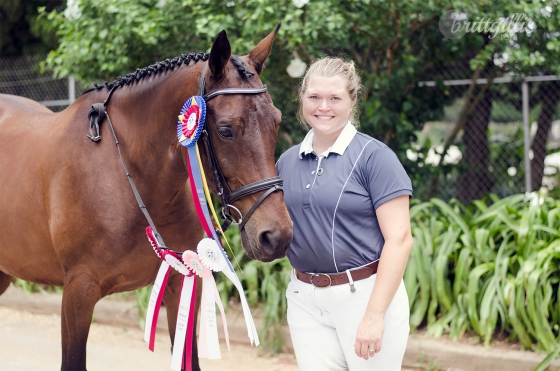 Congrats, Nikki, and thank you to the NCDCTA for hosting this show and making for a wonderful weekend.