Another failed cross country schooling attempt this weekend (although this time my fault) left me itching to jump something, come hell or highwater. And not just jump about aimlessly, which tends to happen when I inherit someone’s jumble of standards and put them up in places corresponding to how much energy I have that day.

So I determined that I was going to work on combinations, and specifically riding in with energy, and making decisions about my path through the fences. 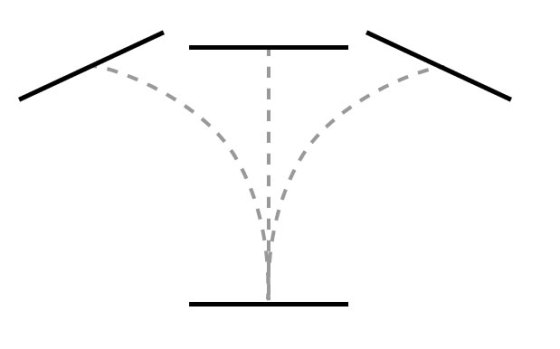 So I set up this configuration of roughly Novice sized verticals, based on something I remembered from Emma of Fraidy Cat Eventing‘s blog. My version was three strides no matter the path, just enough time for me to plan my lead out. 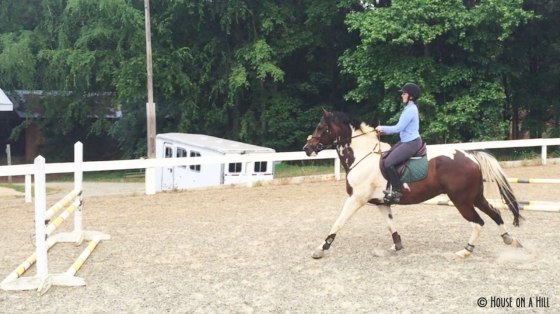 [old screenshot] I also worked on putting my hands down!

The key to the exercise was definitely getting his shoulders straight to the first element while maintaining a forward canter (I rode with my dressage whip to really enforce the “go” which seemed to work), then balancing through the three strides and thinking about which way I would go after the ‘out’ element. Sometimes I would take the bending line left (single to top left option), then turn roll back right and take another bending line left (top right to bottom single fence), or continue left and circle back around, or take a single fence by itself… I found that this combination of fences gave me a lot of options and things to think about. 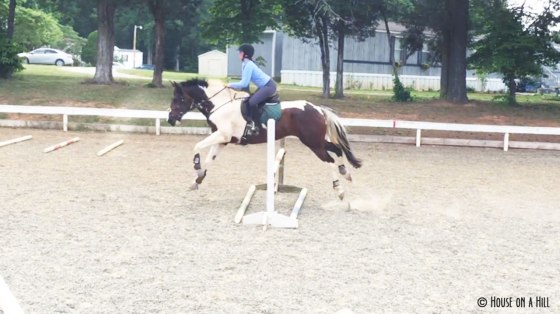 I ended the session when I felt like Foster was listening to my aids and getting the correct lead each direction. At that point in time it was also unfortunately quite hot, about 90*, and I was getting light headed and Foster was seriously puffing. 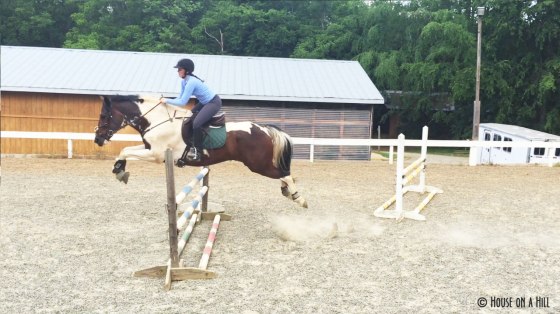 Overall I was really pleased with the day, and especially felt like we made strides in finding a more forward pace for Foster (damn why can’t I bring my dressage whip to the jumper ring- suggestions anyone??) and for myself, picking less to the fence and mentally riding every stride.

The exercise was so helpful, I think I’ll be setting it up again soon!