Wow. Let me just say that again- WOW. I feel so much wiser having attended the clinic at the Carolina Horse Park yesterday, and can’t wait to write it all down!

Even though the clinic format was 1) course walk, 2) dressage, 3) jumping, I feel it’s worthwhile discussing dressage first. We warmed up on our own, and while it was cold and a bit windy it remained sunny and the footing quite nice. Foster felt in fairly good form, though a bit short in his neck, so I decided to post the trot to keep his back soft. We did a few transitions, and a couple lengthenings in both trot and canter before heading into the arena. 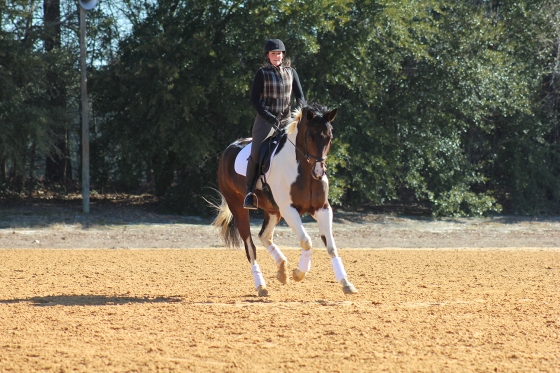 I thought we put down a fairly good test, minus a couple bobbles. During our canter lengthening, the horse in the adjacent ring spooked, causing Foster to spook in turn. Luckily I was able to get him back to save the next movement, the downward transition at X, but that still unsteadied me slightly. His upward canter departs need revisiting a bit, he almost broke in the medium walk, and he has picked up the fun new habit of rooting in our free walk (advice here anyone?) which brought our normal 7-8 down to a 5. 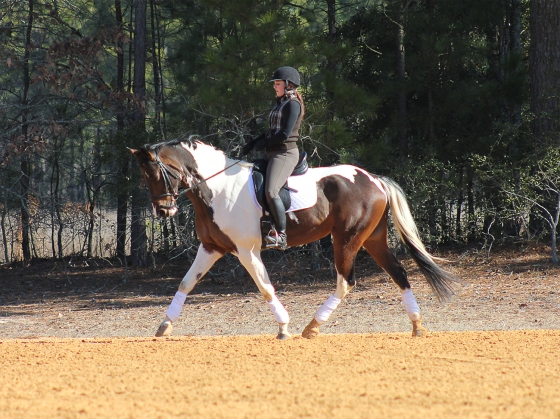 After the test, Will Faudree, our ring judge, walked us through his thoughts. He was quick to ding us on the bobbles, and noted that he really expected these lower level tests to appear seemless, rather than as punctuated movements. There was also lots of advice on how to be a better test rider- for instance, by preparing and executing the transitions on the long sides of the arena (the walk at H and last trot at K) a little early, since to the judge’s eye they appear late if done exactly at the letter. Also he pointed out that by starting my centerline well outside of the actual arena, it gave him longer to watch any waviness of Foster’s hind end, and suggested starting the centerline closer to the arena so as not to give a bad impression too early. Will then went through each movement of the test and his thoughts as to why he scored the movement as he did, which was of course vastly helpful in understanding the score sheet. 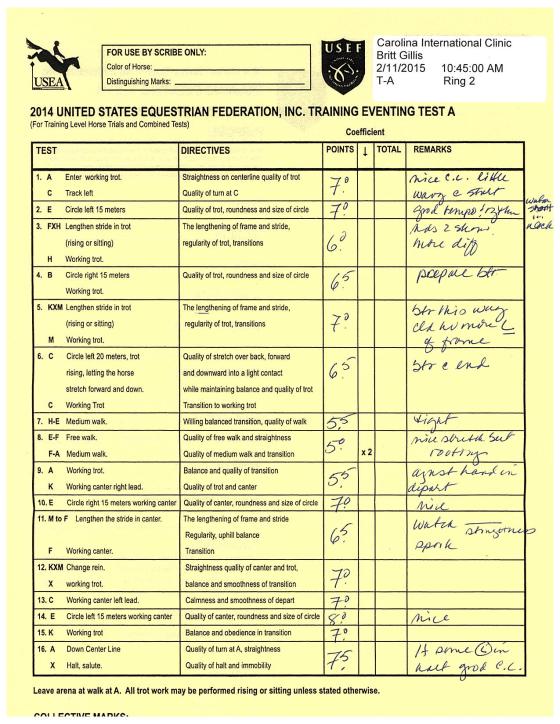 This test would have earned me a 66.4%, or 33.6 in an actual event. I definitely walked away knowing that we have homework to do to bring those 5’s up, and I’ll be damned if we’re going to start getting anything less than 7’s on our free walk. However, this is an encouraging start, plus we accomplished our first goal for 2015!

They still need help, but apparently 7’s are within our reach!

All in all we walked away with our head held high, and I can’t wait to put all the wonderful feedback to good use!