Thinking it would be fun to do a mini throwback series on the horses of my past. Afterall, they are the ones that made me the rider and the horsewoman I am today, for better or worse. So starting with the most recent, here’s Ivan, the sometimes terrible.

Ivan was one of many horses that seemingly fell into my mother’s lap. A friend of hers had a 2 year old Irish Draught stallion, and simply didn’t have a place for him anymore. So we acquired him, at a hefty 90% discount off his weanling price. The intention would be to raise him for another year, maybe breed a couple mares, then send him through the Irish Draught stallion approval process and sell him as a Registered stallion.

I, as silly teenagers  tend to do, was immediately drawn to this stallion’s quirky temperament. We’d play tag in the field, and he let me play dress up with him on occasion. 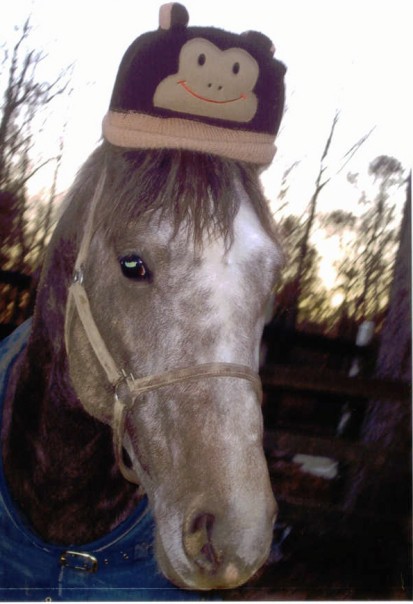 He grew up for a year, then Ivan put on his big boy pants and went off to training in order to pass the rigorous Irish Draught Horse Inspections. After passing, he came back home, was bred to a few mares, then went down to Georgia to go on consignment with a trainer. 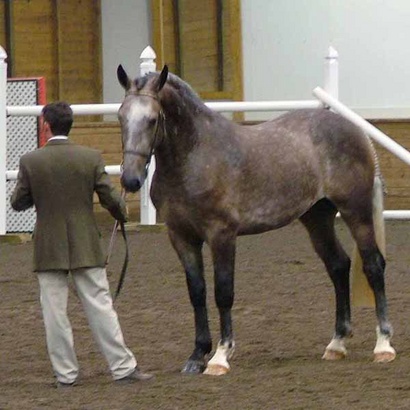 Ivan at his inspection

It was some months before things went wrong. All that raging testosterone was getting to his head, and after her latest fall, the trainer’s husband forbade she ride him until he was gelded. We agreed, he was gelded, and he came back home. Where I promptly fell back in love with this quirky big grey.

As they say, the rest was history. For the most part. I retrained him in a more classical dressage way-of-going (as opposed to dressage in an elevator bit), and slowly we started working on showjumping courses. 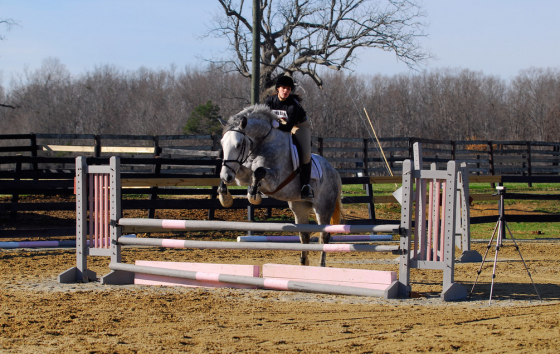 Both dressage and showjumping progressed somewhat slowly, as sometimes Ivan’s personality could be… unpredictable. I never knew if it was Jekyll or Hyde that I’d be riding that day, and I can recall lessons where the trainer just told me to ‘wait it out’ until he saw fit to stop galloping a 20 meter circle. Once he got going, Ivan was a train, and his bucks were unbelievably athletic for a horse his size. A fractured ankle (thanks to Ivan) and a maybe broken hip (thanks to Ivan) put me out of commission and were part of our slowish progress. Yet still, I loved him. 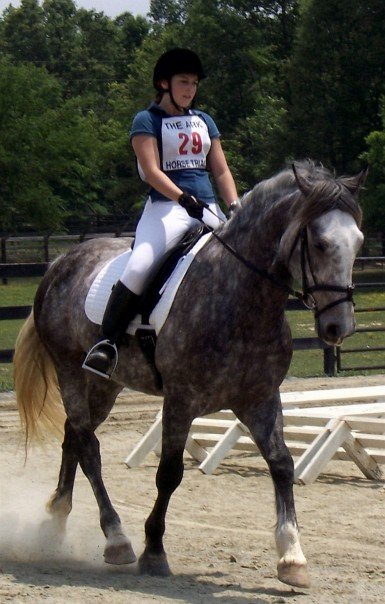 Because of this unpredictability, I decided Ivan would be shown as a dressage horse only. We showjumped at home, jumping 3’3″ courses and the occasional 3’6″ fence with ease.

Athletic, and a bit on the exuberant side

Luckily, his dressage was fairly good as well, and we started campaigning at the local shows at First level, and the ribbons started coming our way. 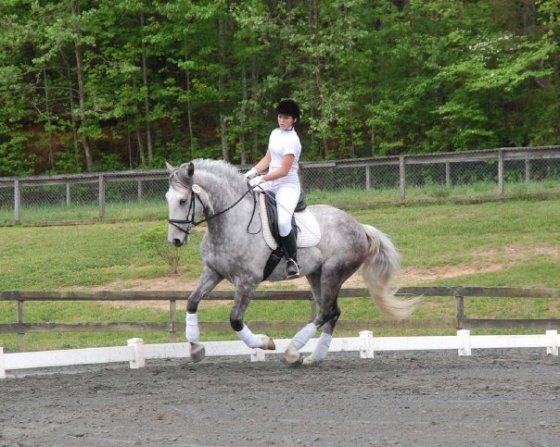 Even though he had his terrible moments, in his 6 year old year Ivan started to calm down, and which the naughty side still existed, it was only appeared once in a blue moon. 95% of the time, he was a sweetheart, and a great dressage partner. He toddled my 10 year old sister around over crossrails, and even walked and trotted about with my husband (as his can-you-deal-with-horses test when we started dating), who had sat on a horse only once before.

Ivan and his best friend Bo

Ivan was my heart horse, and for the most part was an exceptionally cuddly creature. He wouldn’t let me bridle him without a big neck hug and a raspberry into his cheek, insisted on grabbing the hose at bath time, and had a huge love of water. Oh, and he used to get into everything- the things I pulled out of his mouth! Phones! Pens! Jackets! Santa Hats! (Sound familiar?) What wasn’t to love?

Ivan’s molar marks in a phone he destroyed 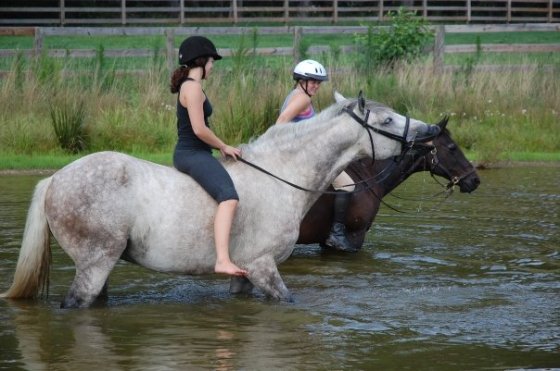 But alas, all good things must come to an end. I completed college and was forced to send him home until I could figure out a permanent salary to support my horse habit. Eventually, when no permanent job happened, and not wanting to see his talent wasted, I agreed to put him on the market. No less than 2 weeks after he sold, I received a full-time job offer with benefits. The resultant horse shopping led me to Foster, so I can’t complain, but I am still thankful to the skills Ivan taught me, and certainly happy for the memories of those years together.

Luckily, a piece of Ivan still lives with my family. Of the 2 foals by Ivan, we kept the Haflinger cross, a darling cob sized gelding named Riley. Not a mean bone here, but a quirky disposition, an affinity for playing with dogs, and a horse that I hope will see his true potential brought to light!