2014 definitely marks a year of doing more shows than I’ve ever done before (at least with my own horse, because, IDA). Now that the show season is officially over, it’s time to be retrospective and look at how things went. 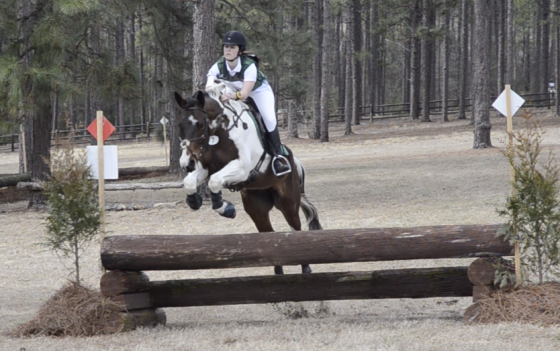 February – Running Start Horse Trials
This was our debut at the Novice level, and technically a little on the more difficult end of a move-up course. Foster put in a great dressage test (a 35.5 put us in 2nd after dressage), and was about as relaxed as I’ve ever had him. He then went double clear in showjumping. On the cross country course, he came out a little strong, but did his first jump into water and faux trakehner confidently. Unfortunately, I didn’t keep my leg on at the half coffin and he had a silly runout, followed by my celebrating too early and not realizing I hadn’t yet gone through the finish flags, racking up a whopping 26 time faults to leave us at the bottom of the pile placing-wise. 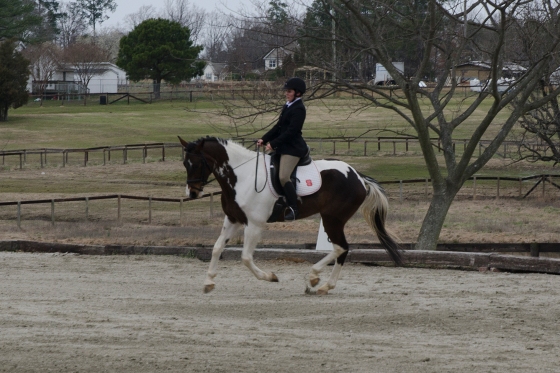 March – MacNair’s Combined Training
Somehow I barely remember this show. It was an eh dressage test for a 33.4, and I did a crap job as pilot and we brought down one pole for a 2nd place ribbon.

May – Carolina Horse Park Horse Trials
Our first Novice at the Horse Park, and I remember being pretty intimidated. Instead, I had a solid dressage test, scoring a 31.3. Our showjumping course was pretty sticky, but Foster’s clever feet got us around for a double clear round. Cross country was the first time I really had a blast the whole way around, and we came in with a big grin and double clear. We earned ourself a 4th place ribbon, our first Novice ribbon!

June – Fork Combined Training
We drove down to the Fork so my mum could see the painted pony in action. I tried for a forward dressage round that may have been borderline rushing, but earning a 31 nonetheless. I didn’t get to walk the showjumping course at all, and it was the toughest course to date- with two one-stride combinations and lots of bendiness throughout. We took out one rail and I believe we placed 3rd overall. We followed the show with a super fun cross country schooling, and practiced our first water-upbank-fence combinations.

Thus concludes the first 1/2 of the year! Tomorrow, part 2!