Tuesday we had our first showjumping lesson post-holidays, which meant about 3 weeks since our previous session. Thankfully there was a break in the frigid temps, and at a balmy 50*, this ended up being a godsend, since Jack came out thinking the devils were lurking in every shadow, pole, and different-colored-dirt-patch.

We’ve come to learn that this horse doesn’t tend to do well coming back from a break. While eventually he settles in, that first ride is a bit of a roller coaster, and it doesn’t take much to convince Jack he’s under duress. Case in point:

Eventually we built up to going between two (gasp) flower boxes to the itty-bitty fence, and once we conquered that we moved on to actual jumping. 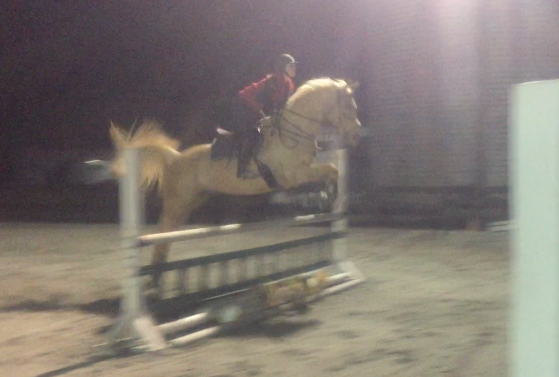 My position was definitely a bit weak, and I had trouble getting my heels down and shoulders back. My other go-to moves include A) making a move with my shoulders when I get nervous B) not staying folded long enough on the backside of the fence and C) turning too soon on landing instead of staying straight (which probably also relates to point B). 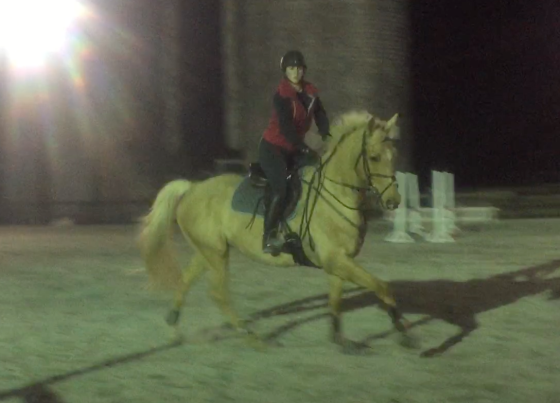 We wrapped up with a fairly simple course, staying quiet down the lines and working on the afore mentioned points. The video below is the last of the evening.

My game plan for Saturday’s CT is to trot fences until he settles, stay straight through my landings and keep my shoulders back. We intend to also do a second jumping round as a hopeful confidence boost.

At least that’s the plan!

Only took me 5.5 years, but finally got to explore the SAS campus trails with my 2 favorite guys! 🌿 Never knew some of these views even existed! Makes getting outside and #socialdistancing a dream! #alonetogether #getoutside #6ftapart
Happy birthday to these two gorgeous creatures that I get to call husband and mother (respectively)! I’m sorry it’s maybe not the day you imagined, but I hope it’s still a good one!
Mood 🥱 Who else is already tired of quarantining?
Friends! Let’s keep the #frangiblefencefund movement going! I decided to use #socialdistancing as an excuse to design some fun shirts, and 75% of the profits will go towards the effort! Link to these and more in my profile!