Posting Foster’s ‘Before’ photos as a reference, since at the end of this week he’ll be switched over to Purina Ultium and I should be able to start tracking his progress. 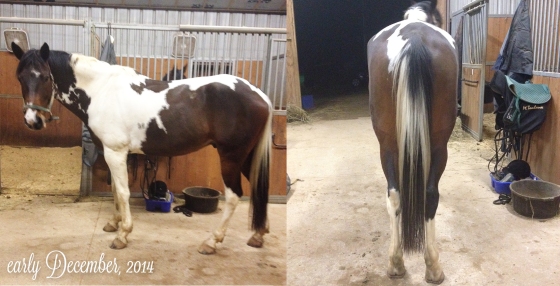 Though the vet thought he was underweight, this photo was taken 2 days after the appointment, and I think while his topline and rear could be a little more buff, his weight looks fine. I think maybe he was just drawn up from the cold that day- it was 20 degrees colder than the day before. I’m not sure how much chunkier I really would want him to get. 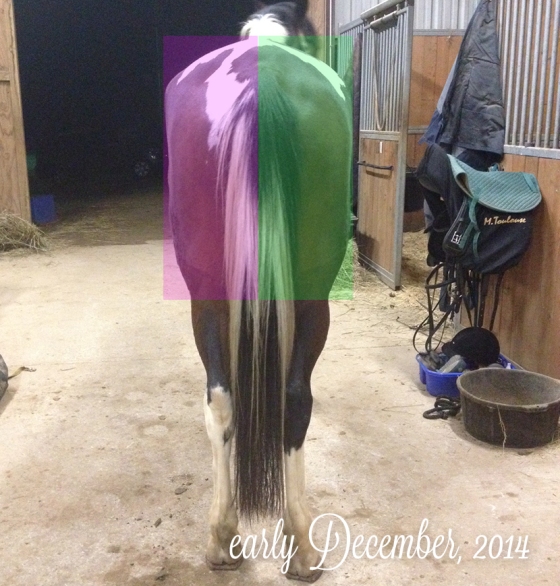 Here’s the photo that is most interesting to me. The two rectangles are the exact same size, centered according to the point of his croup. Looking at this, it’s obvious that Foster’s left side really is less developed than his right. So even though that left hind is stronger than it was a year ago, there is obviously a lot of room for improvement in the muscle tone there. If the theory holds from this diet experiment – better nutrition/vitamins > more muscle development > stronger left side > straighter traveling horse > no more haunches falling to the right.

Will be repeating this process in a couple weeks to see where we are!